It’s a hard job trying to keep a league running. Anyone involved in Roller Derby can tell you this. The nature of how the sport became to be is through individuals having to run and operate it all between themselves. Over the years Roller Derby has evolved in terms of game play but the nature of how leagues run and operate through individuals making the league’s operate has not changed.

Here comes the point where no matter how much you want to just want to skate in your league if everyone doesn’t try to help in some form, the chance of your league collapsing due to lack of funds is a reality for many leagues who manage to just get by.

For leagues that just get by, it can be for many reasons. Skaters move, officials move, people’s priorities in life change. We as a league appreciate life comes before derby as much as we have a great love for skating. Our league has provided a home for people who need some ‘me’ time. Time for getting fitter, making new friendships and a home for wayward skaters of other leagues or visiting for a brief period of time.

We are not a large unending league we have a stable core number of members and push ourselves to bring the sport to new people.

Managing to cover the expense of hall costs and provide other needs a league has can be a challenge but we always try our best to give all our members the best we can. 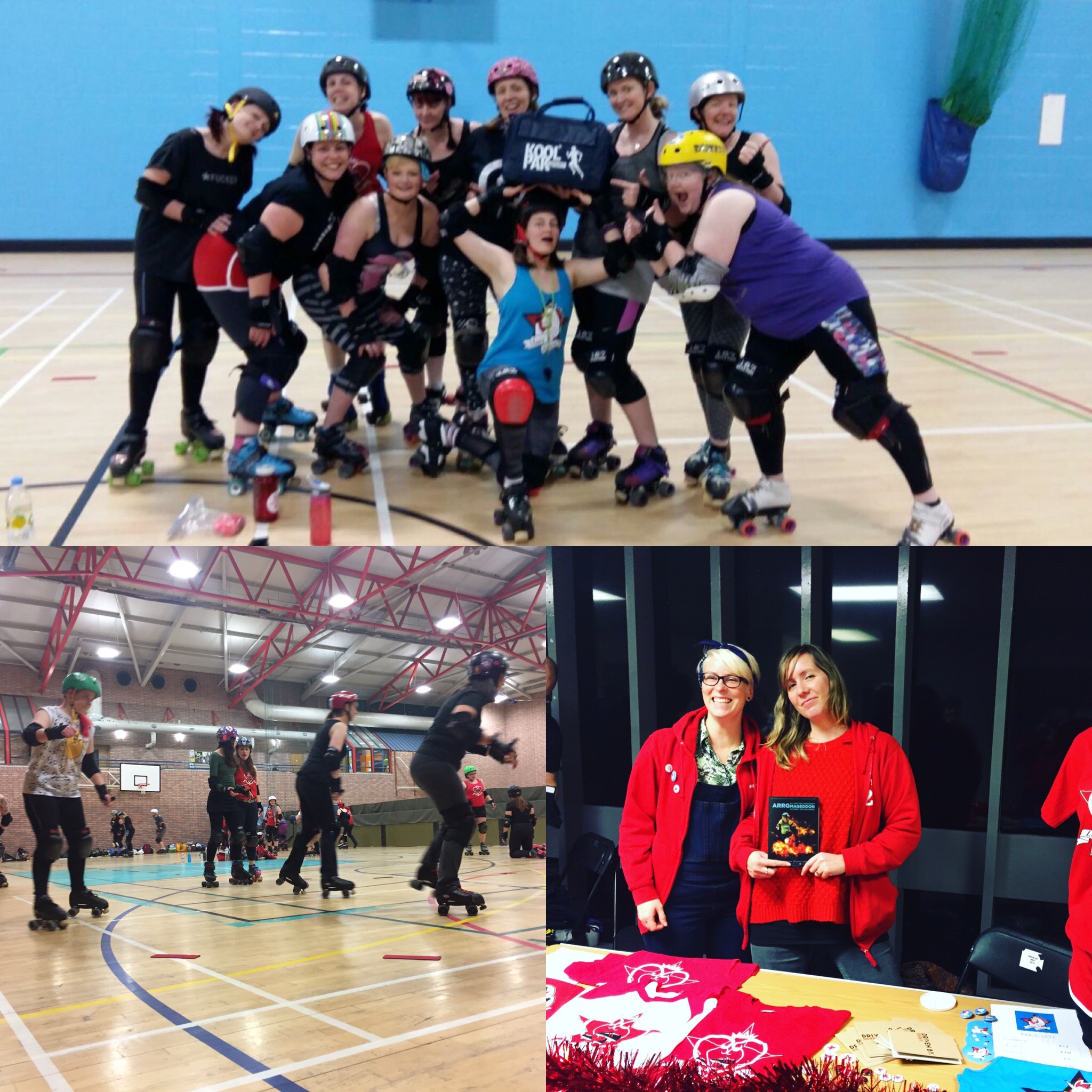 So to hear we got some funding from Foundation Scotland was amazing for our league.

Foundation Scotland is a registered charity, but like Comic Relief and Children in Need, it raises money to distribute to other not-for profit organisations. On average, the Foundation awards £5 million annually to local charities and community groups in Scotland. By matching the philanthropic goals of individuals, companies and charitable trusts to local charities and projects, Foundation Scotland has awarded over £40M in grants since 1996, ranging from £500 to £250,000, in every region of Scotland.

For our league this means from the funding we were given through the Baillie Gifford Root Sports Fund we can assist new skaters joining in our league. Being able to provide new agility equipment, new scrimmage vests, new track, skate maintenance equipment, new first aid kit, help with any travel fund issues and a big part that can stop new skaters is the cost of equipment.

Being able to stop some of the financial barriers to women partaking in an active lifestyle we are super pleased to offer this support to new skaters from help with the funding award.