Basics of the Game

The sport of roller derby consists of two teams of four defensive players and one jammer – the point scorer. The game begins with the pivots and the blockers (defensive players) skating in front in a tight formation (the pack). 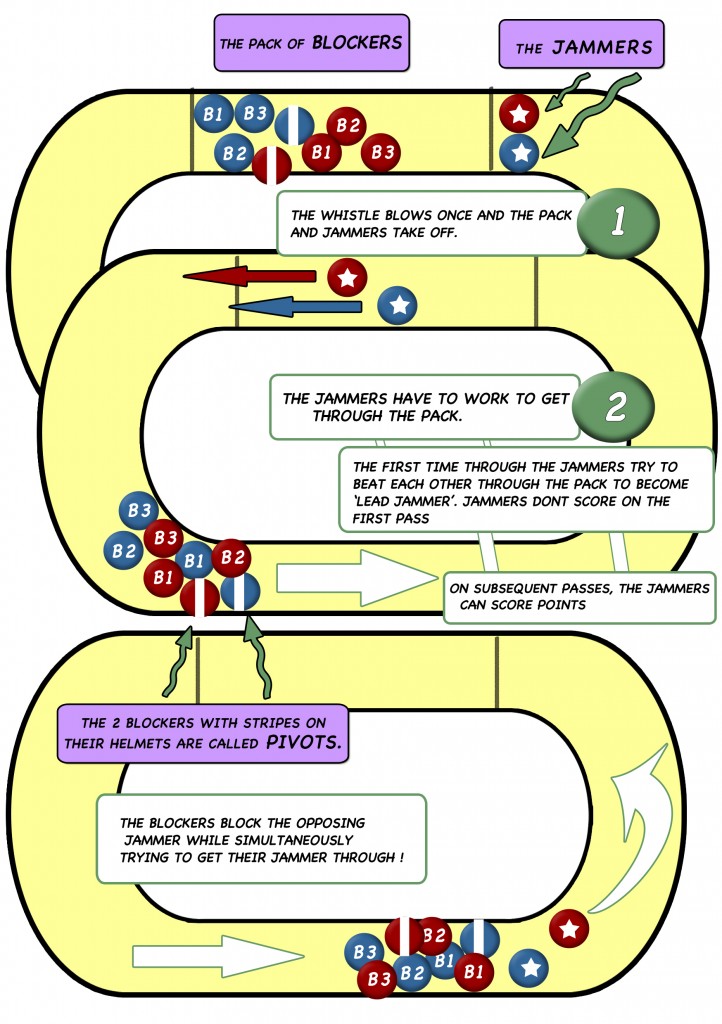 A jammer can be put into the penalty box which creates a scoring opportunity for the opposing team. If both jammers end up in the penalty box, the first jammer in the box is allowed back on to the track as soon as the second jammer reaches the box.